Base rate – what it is and how it is calculated 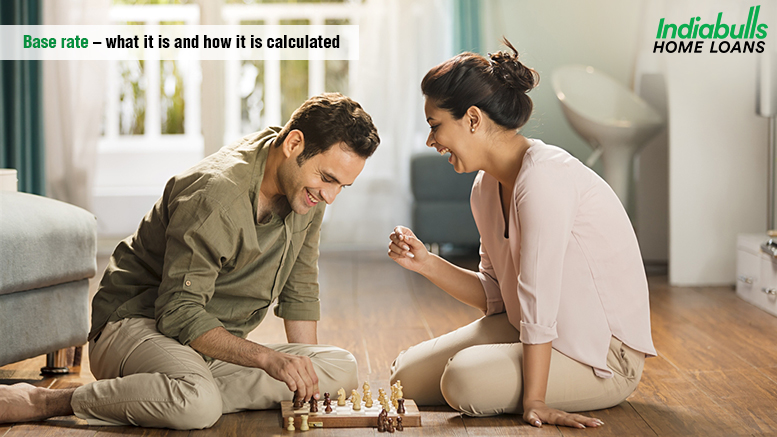 Base rate – what it is and how it is calculated

The financial sector in India has undergone many reforms in the past few years. One of the outcomes of this is that banks are given the freedom to determine interest rates on their own as long as they follow the RBI guidelines. While banks can set and change interest rates, they also need to consider the RBI, which has introduced several reforms on interest rates with the introduction of concepts such as Prime Lending Rate Regime and Benchmark Prime Lending Rate (BPLR) so that the interest rates offered by different banks are more or less, similar and competitive. The base rate is one of the latest reforms introduced by the RBI. Let’s find out what it is, how base rate calculation is done and the factors determining it.

What is Base Rate?

Base rate is defined as the minimum interest rate set by the RBI below which Indian banks are not permitted to lend to their customers. Unless there is a government mandate, the RBI rule specifies that no bank may offer loans at an interest rate lower than the base rate. Introduced in June 2010, base rate is simply regarded as the standard lending rate offered by commercial banks. It is decided to increase transparency and to ensure that banks pass the benefit of lower interest rates to borrowers. Loans are priced by adding the base rate to a suitable spread, subject to the credit risk premium.

Calculation of Base Rate

The base rate is calculated by the country’s central regulatory body, the Reserve Bank of India. The RBI determines the base rate in order to bring uniform rates to all Indian banks, whether they are nationalized banks or they belong to the private sector. The base rate encompasses all elements of lending rates that are common among borrowers of different categories.

Base rate calculation is done by taking a lot of factors into consideration. These include the cost of deposits, the administrative costs borne by the bank, the profitability of the bank in the previous financial year and the unallocated overhead costs among other things. The bank also considers some other factors with stipulated weights while calculating the base rate of the lender. To calculate the new benchmark, the maximum weight falls on the cost of deposits. That said, banks do have the freedom to consider the cost of deposits of various tenures when they calculate their base rate.

Factors determining the base rate

Now that we know what is base rate in India and how it is calculated, let’s look at the various factors determining the base rate.

As mentioned above, every bank has the freedom to determine its base rate so long as it follows the guidelines and norms laid down by the RBI. As per RBI guidelines, base rate must include all elements of lending rates which are common across various categories of borrowers. While it is possible that base rate may be different for different banks, there are four important components that typically determine the base rate set by a particular bank. These include

The base rate offered by two different banks may be different owing to any one or more of these above mentioned factors, with the difference in interest rates being the most common factor.

Final Thoughts: While the Base rate was the minimum lending rate as per RBI guidelines, In April 2016, the RBI introduced as new concept known as the MCLR or for Marginal Cost of Funds Based Lending Rate as a replacement for Base Rate. The MCLR is the new internal benchmark that all financial institutions are expected to follow. The MCLR rate was introduced in place of base rate and all loans sanctioned by banks since April 2016 are governed by the new system called MCLR.