What is transfer of development rights? Understanding the concept 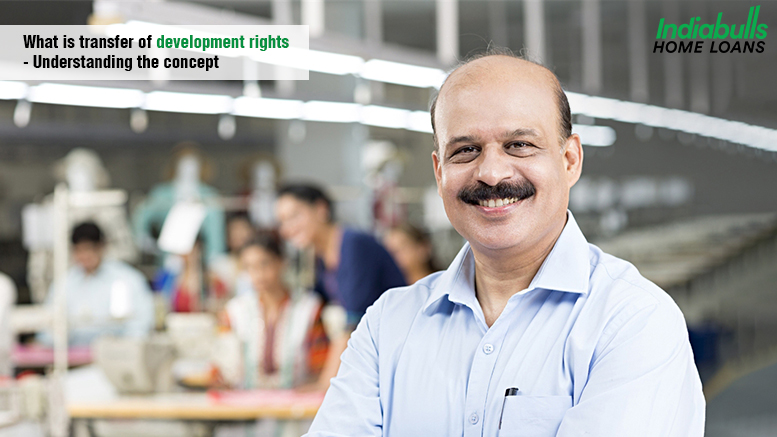 What is transfer of development rights? Understanding the concept

Buying a home is often the most important financial goal we have for ourselves. It encompasses many things but the most important of all is to purchase a home in a locality we prefer. As such, we set out to find a real estate company or developer by researching the various projects handled by them. However, not many people know that real estate developers too, need to confirm with several laws as laid down by city and state governments before they actually begin work on a project. One of the most common jargons that realtors use in their profession on a daily basis is transfer of development rights. Let’s understand what it means.

What is transfer of development rights?

To create any building, builders require raw material. Transferable development rights, usually known as TDR may well be considered the most important raw material required by builders. TDR allows builders to build over and beyond a permissible floor space index or FSI, based on the rules prevalent in the respective location where construction is undertaken.

With the continuously growing urbanisation, especially in metro and tier 1 and 2 cities in India, there are lesser spaces available for construction of newer properties. In such cases, TDR becomes rather important.

Why was TDR introduced?

There are times when the government has to undertake mandatory acquisition of particular land parcels owned by private citizens in order to create important infrastructural projects. The government may need the land in order to widen the roads, build a public park or playground, or to create other civic amenities. The process of acquiring land for such developments is usually time-consuming, complicated and costly. To minimize the time required and to acquire land without much hassles, the Government introduced TDR.

In such situations, the government compensates the private land owners. However, since the compensation offered by the government was generally lower than the actual market rate of the property, private owners formerly ended up booking a loss on their investment. With the introduction of the transfer of development right, private owners can now obtain TDR in the form of certificates. They can use these certificates for themselves or even trade them in the market for cash.

Generally, the transferable development rights are transferred from zones that are regarded as fully developed to the moderately or sparsely developed zones. The basic idea here is that a zone that is well developed already has all civic amenities in place. It is the lesser developed zones that require more development so that the city folk don’t end up densely populating only one part of the city. The idea is to have an equal distribution of population by developing the underdeveloped areas.

What are the different types of TDR?

TDR is predominantly divided into 4 different types. These include

In most cities in India, a majority of private and commercial construction takes place with the help of slum TDR.

Final thought: As a potential home owner, you must speak to your realtor to understand how the area you are purchasing a home in, is classified. A well-developed area can help you earn a higher profit on investment. It is important that you understand the transfer or development rights before you lock in a property for investment purposes.