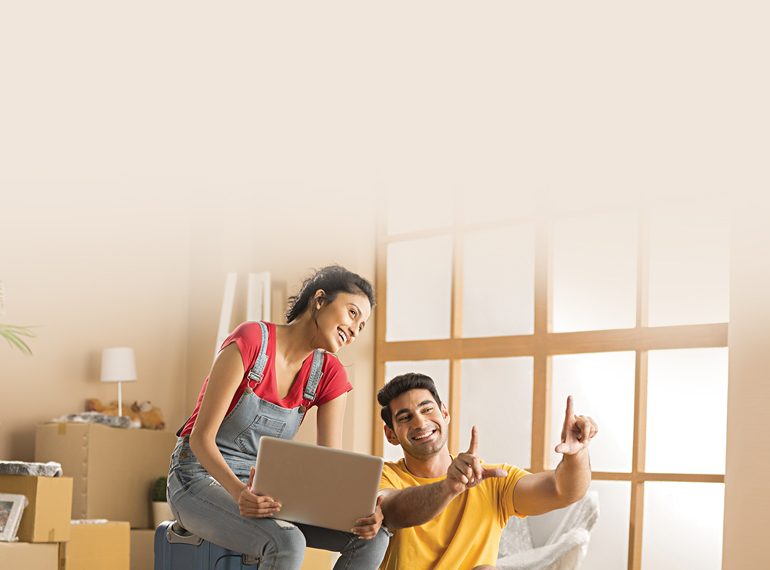 Brick-by-brick a home of your own 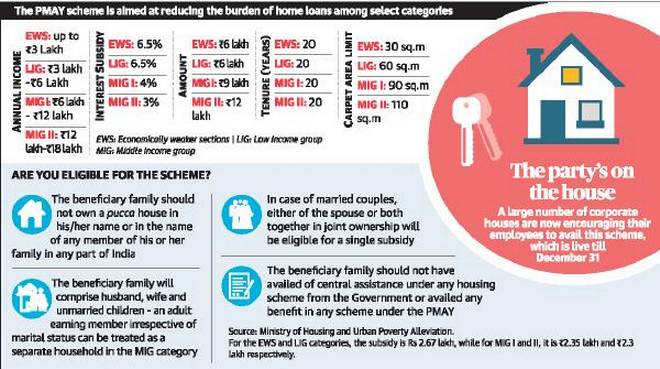 If you are young and earn a yearly salary of ?12-?18 lakh, there is no better time to make your first buy

Originally intended for providing a roof over the head of every urban poor, the subsidy scheme under Pradhan Mantri Awas Yojana (PMAY) Urban is likely to be a game changer as a large number of people from the middle class and youth are expected to benefit from it.

Industry observers said that there was misconception that the subsidy scheme is only meant for economically weaker sections (EWS) and low income groups (LIG), but that others too can avail of its benefits.

If you are young, have a salaried job and earn ?12-?18 lakh a year, then there is no better time for you to buy your home in an urban area.

A large number of corporate houses are now encouraging their employees to avail this scheme, which is live till December 31. India’s national housing shortage is estimated at 18.78 million homes and the Government is aiming to provide housing for all by 2022, analysts said.

A key scheme being implemented under PMAY (Urban) is the Credit Linked Subsidy Scheme (CLSS) which is aimed at reducing the burden of home loan on EWS, LIG and MIG category buyers.

CLSS was introduced in June 2015. Initially, the scheme was available to the EWS and the LIG categories. However, in March 2017, the government extended the policy to cover MIG buyers.

According to industry analysts, about 21 lakh low-cost homes were sanctioned by government agencies in two years for the EWS and LIG categories out of which more than 40,000 beneficiaries had availed subsidies of approximately ?800 crore. In FY17 HDFC had disbursed loans worth ?400 crore to 2,940 customers from the EWS and LIG categories who had availed subsidies of ?58 crore.

The CLSS scheme is only available for purchase or construction of new property or extension of an existing property which is situated in an urban area.

However, though more than three months have passed since the inclusion of the MIG category, awareness does not seem widespread, said industry watchers.

“ When I got to know about it, I was shocked. CLSS under PMAY is a phenomenal scheme for youngsters. People are thinking it as being only for the poor. This is towards housing for all. We have reached out to 250 corporates with a total employee base of about 1 lakh who can avail this scheme, “ said Vikram Goel, CEO, HDFC Realty, a real estate advisory firm.

“ This is a huge movement which people are not aware of. In Pune, 400 CRPF personnel listened to us by putting up tents,“ he added.

In changing times, the scheme is helping youngsters buy a house early in life. “Now 25-year olds are coming forward because [the] subsidy is available right now,“ Mr. Goel said.

He said at a monthly salary of ?1 lakh, a youngster can avail a loan of ?40 to ?45 lakh. “ You might have saved ?10 lakh. So every kid in Mumbai today can buy a 1-bed room property in Thane and Navi Mumbai and he is not [yet] aware about it.“

An MIG category candidate can avail a maximum discount of ?2.3 lakh for buying a house under the scheme. This can bring down the overall interest outgo. “There is no limit to the value of the property to be eligible for subsidy. A lot of people think that the PMAY is only for small-sized property. You can take a ?1 crore house also (subsidy will be available for loans of up to ?12 lakh and the balance will attract the normal rate of interest). We are getting humongous response,” he said.

“We have created dedicated teams across the country to educate developers, their sales staff and consumers about the government’s initiatives on the CLSS,” said Renu Sud Karnad, managing director, HDFC Ltd, which is a housing finance company.

“We have also conducted special training sessions for our staff to take PMAY to real beneficiaries. So far, we have conducted over 600 sessions and have witnessed huge excitement amongst the customers and developers.”

Dr. Samantak Das, chief economist & national director, research, Knight Frank India, said though ‘Housing for All by 2022’ was an ambitious project, the focus given to affordable housing in the 2016 budget didn’t click much. “Government can be the facilitator in providing housing to the poor but the execution should rest with the private sector,” he said.

“We are likely to see a lot of interest in the budget segment of the residential market. But there are certain challenges in implementing this scheme. Land is a challenge as any sort of budget housing needs huge land parcels,” Dr. Das said.

On the response so far, Babu Sivaprakasam, partner, Economic Laws Practice, said, “The response appears mixed. In certain pockets, response from buyers is overwhelming, like Pimpri-Chinchwad in Pune, while in states like Kerala, Bengal it appears weak. Though the need for housing is imminent and opportunities are immense, private participation so far is tepid.”

Developers have welcomed the scheme but have raised many concerns. Surendra Hiranandani, CMD, House of Hiranandanisaid, “Even though the demand for affordable housing is humongous, there are multiple concerns owing to which developers are hesitant to enter into this segment.”

“While the concept seems to be a simple solution to current housing woes, its execution remains complicated due to the unclear policy framework. The biggest challenge is the lack of clear definition for affordable housing,” he added.

Manju Yajnik, vice chairperson, Nahar Group and VP, NAREDCO, Maharashtra said, “If the government is keen to provide housing to all, it must also consider the higher segments as well. The whole housing segment should be given a boost. Since land cost is very high, low-cost housing is not possible in big cities.” Anuj Puri, chairman, Anarock Property Consultants said the government’s decision to give infrastructure status to affordable housing would help meet the objectives.