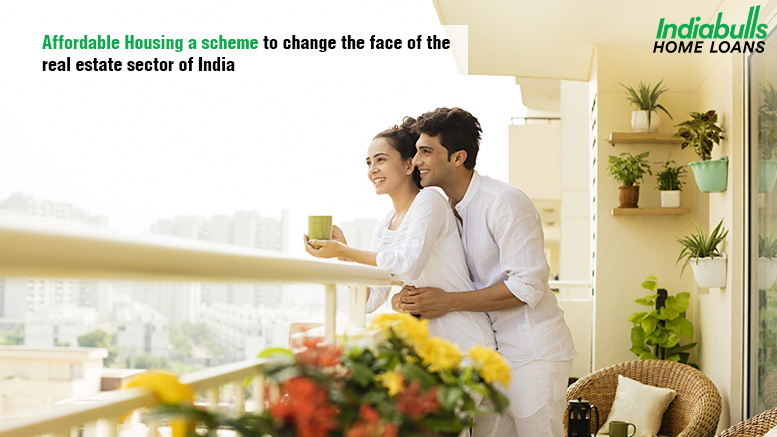 India is a land of many extremes; especially when it comes to the real estate sector. In a radius of just 200 metres one can find slums, tiny 1 room kitchen flats and bungalows worth several millions. After going through several highs and lows, India’s real estate sector has finally found a comfortable pace, thanks to the affordable housing scheme launched by the government of India. This segment is expected to serve as a major growth driver for the country’s economy. The demand for affordable homes has multiplied leaps and bounds with more and more people purchasing homes below ?50 lakhs in the last few years. The Pradhan Mantri Awas Yojana Scheme launched by the Government of India in June 2015 has also significantly contributed to the popularity of the affordable homes sector.

What is affordable housing?

Affordable housing is defined as housing units that can be afforded by sections of society with incomes below median household incomes. It typically addresses the housing requirements of the lower and middle income groups. Affordable housing is a significant issue in most developing nations across the globe where a major part of the population cannot afford to purchase homes at the ongoing market rates. Such income groups typically make only enough to survive and cannot spare money from their limited incomes to pay EMIs on home loans. As such, the onus of responsibility falls in the lap of the government, which must cater to the demand of affordable housing.

To meet with these demands, the Government of India has also taken several steps to ensure housing for all by 2022 under the PMAY scheme. Under this scheme, the government has partnered with several developers and is also emphasising on public-private partnerships or PPPs to develop housing units which are affordable.

Affordable housing and the role of the Government

The Government of India first launched the affordable housing scheme in 2007 but the recession of 2008 and several other challenges like high construction costs and property prices meant that the sector had to face several challenges. Developers also steered clear of this scheme owing to a lack of incentives coupled with an unfavourable tax environment.

In June 2015, Prime Minister Shri Narendra Modi announced the Pradhan Mantri Awas Yojana – Housing for All scheme, under which two crore homes are being built in all urban cities in India. The aim of the project is to eradicate slums from urban areas, utilize the land resources to the fullest and to provide “pucca” or concrete homes for everyone, especially in the urban areas by 2022. Under this scheme

With the launch of the affordable housing scheme, the government of India has already taken the first few steps to give momentum to India’s real estate sector. The PMAY scheme plays a crucial role in not only providing affordable homes with subsidised home loan interest rates but also urbanising several parts of the country. The success of this scheme could prove to be a real game changer for India’s economy and the real estate sector alike.